My kids are now old enough that they know The Magic School Bus’s theme song, pretty much by heart (my kids pick up songs WAY too quickly…)  But watching the show with them always make me think about a Meme I saw once about how Ms. Frizzle’s class grew up to do something supper important. 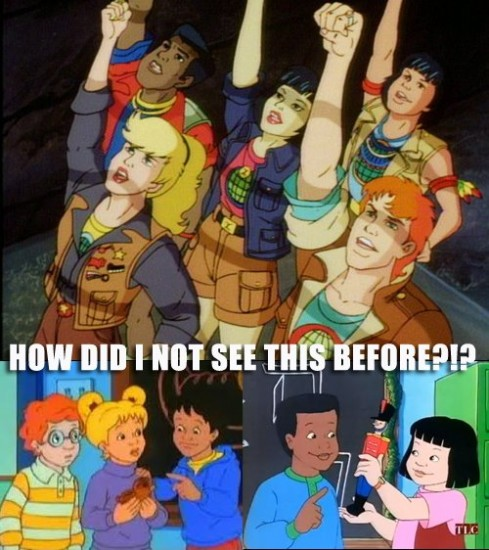 Oh, Captain Planet and the Planeteers.  This show was one of the gems of the ’90s base around the idea that the planet had received so much mistreatment that Gaia called these 5 teenagers together to help turn the tide in the war for our planet.  They each were given individual powers, but, not only that, when their powers combined they were able to summon the super hero Captain Planet!

Whenever Captain Planet had vanquished the foes (or whatever) he left in a flurry of light and music which would return the individual powers back to the Planeteers, and as he disappeared he would say, “The power is yours!”

Why am I bringing this up?

Well, the Christian life is certainly more than saving the planet, and we can’t summon some super hero by combining all of our powers, but we follow a guy who by all accounts was pretty super.  Jesus was able to heal the sick, give sight to the blind, walk on water, feed the hungry, and bring hope and love where there was none. Jesus was not just a super hero; Jesus is God.

Luke recorded in Acts 1:8-9 these last words of Christ:

8 “But you will receive power when the Holy Spirit comes on you; and you will be my witnesses in Jerusalem, and in all Judea and Samaria, and to the ends of the earth.”

9 After he said this, he was taken up before their very eyes, and a cloud hid him from their sight.

There is a parallel to be drawn between the power Captain Planet gave to the Planeteers ever time he left them, and the power Jesus gave to His followers after His earthly ministry was completed… not a perfect parallel… but a pretty good one.

Today we, who are followers of Jesus, also have the Spirit of Christ living in us.  The power that raised Christ from the dead, can do more than we can possibly imagine in and through us!

What are you doing with the power that is yours?